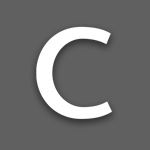 A variety of outdoor amenities complement the recreation facilities at Poirier Street:

Each Sunday, from May to October, the Coquitlam Farmer’s Market transforms the parking lot at Dogwood Pavilion into a vibrant community space.

In 1967 and 1968, the District of Coquitlam celebrated the centenary of British Columbia becoming a united colony (1866) and Canada’s confederation (1867).

Several major projects marked the occasion; the Centennial Recreation Centre, now called the Poirier Community Centre, was opened in 1967 and the totem pole was unveiled on the Poirier Civic Grounds. In celebration of Coquitlam’s own centennial in 1991, the bowling green and Centennial Rose Garden were added, and a time capsule was buried on the site, to be opened fifty years into the future, in 2041.

"Your History: Centennial projects revisited," column by the Tri-City Heritage group contributors, in BC Local News